An all inclusive platform

If you think social media networks have come to a standstill, and there is not much to be uncovered in the digital realms in terms of socializing, well, you might want to rethink that… As Clubhouse has unexpectedly made its way into millions of smartphones, and into the headsets of millions of people, it is now becoming one of the largest new social media networks in the world. And what’s more, it provides a huge space for people with disabilities or minority groups to have a voice.

Clubhouse came to life as an exclusive, drop-in audio chat app that only people with an invite can access. Participants listen in to conversations ranging from arts, music, culture, business, to religion and world inequalities. However, users can also host or co-host their own meeting rooms.  Currently, it’s only available on iOS, but creators say they’re working on an Android version as well.

Clubhouse became so popular because of its marketing approach, as people were really curious to download and see what this app has to offer, but they had to beg someone for an invite. Another smart thing they did was have big celebs join the platform early on, such as Justin Bieber, Drake, Jared Leto and more. Soon enough, people started liking this new, innovative way of social networking, as the app doesn’t allow photos, videos, DMs or any sort of messages, it only makes use of audio. The app has now surpassed 10 million downloads.

How do you get invited into Clubhouse?

According to Digital Trends, the app is compatible with iPhone, iPad and iPod Touch and requires iOS 13.0 or higher. Once you got the device part figured out, you need to make sure you get an invitation from an existing Clubhouse user. Every new user has 2 invites to give out, and as they spend more time on the app, they get more invites. It’s advisable you ask your friends if they have one, or on social media Facebook groups. However, we don’t recommend buying invites for Clubhouse as these can be spams. The wait in the beginning was slightly longer, but now that more and more people have signed up, it’s fairly quick to get one. You can contact us if you need an invite and we can happily provide you with one.

Clubhouse for people with disabilities

If you were wondering where people with disabilities spend their time, or where they share things online, well, Clubhouse is the new space where they can create big communities and feel that they are truly part of.

Once we got on the app, we discovered so many Clubs for people with various disabilities, and so many amazing chats that the members were hosting. Ranging from topics such as rare diseases to mindfulness, entrepreneurship and more, we saw Clubhouse as a new space where people whose voice is not usually heard, is stronger than ever.

Stasism – A new community for people with cerebral palsy

We created our own profile on the app called Olivia from Stasism, and we host 2 weekly chats, on Wednesdays and Fridays at the same time. Our topics are around accessibility, inclusivity, getting a job with a disability, and more. We want this to be a big community on cerebral palsy and other disabilities and a safe space for people to share and exchange stories.

There are Clubs such as the 15% Club, This is RARE, Deafinitely, You are loved here, Let’s talk Disability and many more. Clubhouse is one of the new social networks to provide people with disabilities the chance to be more in the spotlight and have their say. We think it’s an important conversation engine that brings a lot of benefits in the lives of people with disabilities. 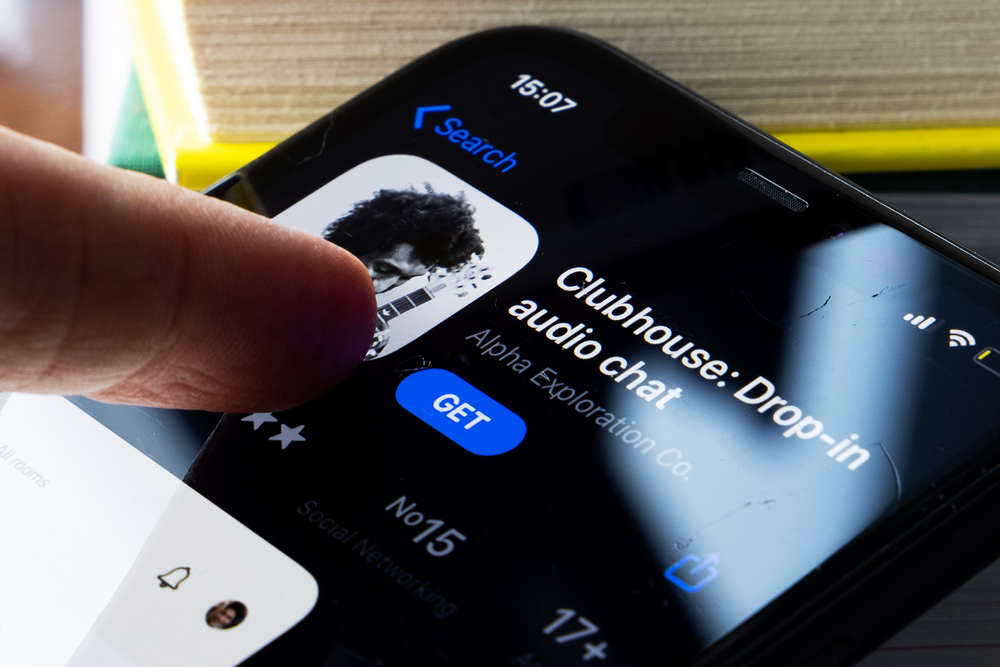 Get in the conversation

Whether you are a parent, a teenager, a professional, you can be the creator of amazing conversations and collaborations on Clubhouse. Anything is possible, and we’ve seen shy people starting out their meeting rooms with a few people turn into real presenters and moderators on the platform, having influential people join them for their chats.

You can join in the conversation and use the change of a drop-in audio chat to make yourself heard, to support and encourage other people with a disability, and to be part of a better community. If you’re shy of opening up your room at first, take part in as many rooms as possible and get ready for your own. There are also Clubs and chats on how to be a speaker on Clubhouse, how to use the app and tips and tricks to be better at public speaking, which can really useful. All in all, you can join so many chats from so many areas of interest that you can learn something even in your free time.

Find us on Clubhouse if you search for Olivia from Stasism, and take part in our weekly chats. Suggest topics, meet new people and open up conversations. Find our blog here and other resources and useful information on cerebral palsy.

Stasism is a revolutionary new social online platform with therapeutic physical video games made exclusively for people with Cerebral Palsy. The first of its kind, delivering a constant stream of new and exciting games, characters, features and much more, leading to a happier childhood. Discover how.

We use cookies on our website to give you the most relevant experience by remembering your preferences and repeat visits. By clicking “Accept”, you consent to the use of ALL the cookies.
Cookie settingsACCEPT
Manage consent

This website uses cookies to improve your experience while you navigate through the website. Out of these, the cookies that are categorized as necessary are stored on your browser as they are essential for the working of basic functionalities of the website. We also use third-party cookies that help us analyze and understand how you use this website. These cookies will be stored in your browser only with your consent. You also have the option to opt-out of these cookies. But opting out of some of these cookies may affect your browsing experience.
Necessary Always Enabled
Necessary cookies are absolutely essential for the website to function properly. This category only includes cookies that ensures basic functionalities and security features of the website. These cookies do not store any personal information.
Non-necessary
Any cookies that may not be particularly necessary for the website to function and is used specifically to collect user personal data via analytics, ads, other embedded contents are termed as non-necessary cookies. It is mandatory to procure user consent prior to running these cookies on your website.
SAVE & ACCEPT